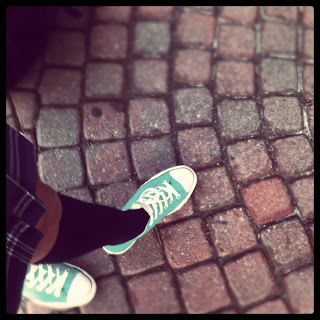 Well, that is what you told your kid. Who told my kid.

You know, the new kid your kid was mean texting?

You know, your kid I tried to speak to you about nicely? Four times? The emails you finally responded to only because I cc'd my husband on them?

The kid I was trying to have stop bothering my kid since they are in the same class and sports team?
The kid my daughter just wanted so badly to be friends with.

But you are wrong.
I did not over react.

You had all the tools and information in your hands to create a moment in time where you could impact your kid...and you blew it.
Instead of helping your child, because that is what they are at 12, become a better person, you sluffed off the responsibility you acquired when you became a parent.

You took the easy "it is not my kid...I have no time for this...girls will be girls...all girls are bitches, expect it..." route and now you have taught your daughter that being mean is okay.
Just don't do it to this kid again, because her mom over reacts.


But I think you have the wrong choice of words going on.

You meant "parents", right?
As in "Don't do it again to that kid because her mom parents properly".

You meant as in "she gives her kid the tools to respond appropriately to inappropriate behavior"?

You meant as in  "she helps her kid develop the backbone and self assuredness to stand up and not be a bystander even when it results in the "clique" then turning against her"?

You meant as in "she makes sure her kid trusts her enough to share the embarrassing cruelty kids can dish out, without the fear of being told to suck it up"?

You meant as in "she does not protect her kid from the sad stories of what happens to kids who hide the pain"?

But in my world?
I call it parenting.

And while I over react, according to you through your daughter to my daughter...
You under parent.

A lot. And often.

So, while my kid has moved on and decided to accept your daughter's apology ( which you did not require, in your sparsely worded response to my images of your daughter's words captured on a phone...but rather one she offered up in a brilliant flash of maturity), you remain the same.

Because today, four weeks after the first text, you have now forbidden our kids to work together on a project they were excited about. With your girl letting my girl know by a note passed in class. Because you are "mad" at my kid "for what she did".

And once again tonight I am parenting my kid through the mis-steps of your under parenting.


And thinking about how awesome it would be if you just did the same.
Because our girls?
They learn from watching us.
And how we react.
And parent.

And right now, one of us is over reacting.

Sigh. How sad. Unfortunately I have similar stories. And my daughter wonders why I won't let her have a facebook account. There are too many non-parent parents out there.

I have been a fan of yours on Flickr for ages, and a reader of your blog for almost as long.

That's rough. But I agree with you. I am so tired by how little parenting I see going on.

keep parenting...it's how I would over react!
Lise

Well vented and very well said. There really are so many non-parents out there. sigh. Sending you guys good thoughts.

That's wonderful. Finally someone calling out the real guilty party. Kids live what they learn! If no one teaches them how to conduct themselves appropriately, they will do whatever they think is ok, because their authority figure never told them it wasn't. Even worse, they told them it was someone else's problem and that what they were doing was just normal kid behaviour. Well it's not!
Keep parenting, protecting and teaching our future leaders how to conduct themselves properly and you will be paid off with respectful, responsible and successful adults.

My wife read this - said you rocked this post.

Oh boy! Is this what I have to look forward to?? 3 girls... I can learn a thing or two from you ;) I may just be calling you in a few for advice. Thanks for this post.

My daughter went through the same thing (same school, same age) and while I wanted to get involved, my daughter asked only for guidance.She and another girl (whom this girl was bullying also) got together and documented conversations and texts and presented them to the school. The school steped in and handled the situation quite well. The three girls met, agreed not to look, talk or have any contact with eachother.Now, two years later, they have become friends albeit not close but friends again. While I wanted to slay her dragon, sometimes we need to empower our children how to handle some situations on their own.

I naively thought that we could figure this thing out with the girls quickly and effectively with a little parental guidance. I really did. The school was not really involved, other than one heads up email sent to a teacher, as the incidents were taking place outside of school. I feel that my girl has the tools now, because of what has gone on, to handle things better. It was too much, too weird, too soon. And she is still just 12...too young to have to handle it on her own, which she really did not want to. Brutal that this is the learning she took away from her first month of school...

I am amazed at the response to this post. How common place these behaviours are becoming is really disheartening. And the thing is? There are tons of kids who do not behave this way ( so do not panic yet, Sue from Cornwall;)). It is learned behaviour allowed to continue unchecked by the people who have the biggest responsibility to do it, the parents.

And girls are so bombarded with negative behaviour models on a regualar basis that we need to ask ourselves is it really surprising?

Having just seen the documentary "miss representation", the reasons *why* are very clear to me. I just wish more parents would take the time to get it. You can not protect your kid from every influence, nor should you, but there are many influences that do not need to be nurtured and that our girls ( and boys ) can be educated about.

But it is just easier to say that is just the way it is these days.

Well, not in our house. Or in the houses of many people who have taken the time to speak out. This gives me all kinds of hope.

And this is not new behavior--it's just a different ballgame with phones and computers. I speak as the girl who sat alone on the playground reading a book every day rather than engage with the girls who tried to tear me apart.

I love you. I love how you parent. You're not only a model for your kids, but for so many others. If I'm ever a parent, I'm going to try and be like you. You. Are. Awesome.

Give that girl a hug for me. I remember the bad days. I suspect that she too will find some of the trials of adulthood a cakewalk after dealing with this.

That image at the end made me instantly tear up. Instantly, my heart is in my throat. Poor Miss H, she deserves so much better.

I can't believe you reached out to the other parent and she reacted like that. I'm still shaking my head. And choked up.

I am both terrified and horrified by the under-parenting I witness (and hear about) everyday and my oldest son is only FIVE. FIVE. It parents are 'passing the buck' (so to speak) at the age of 5 what the hell are they going to be doing in 10 years when parenting is 100x harder.

This made me so angry and upset reading this both as a mom of daughters and a teacher. Inside the school teachers see this sort of thing going on and we know there is only so much parenting we can do when the real parents have dropped the ball.